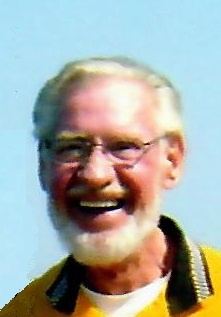 Sidney 'Bud" DeBoer, 83, of Tunkhannock, died December 11, 2019, peacefully at home with his loving family at his bedside.

Born on October 13, 1936 in the town of Grou, province of Frieslan, the Netherlands, he immigrated to America with his parents Homer DeBoer and Alice DeGroot DeBoer, and Brother John DeBoer, September, 1950 and resided in Chester, NJ.  They then moved to Prospect Park, NJ where he attended Hawthorne High School. After high school, he enlisted in the United States Army in  July 1955 and was honorably discharged as a Private First Class in August 1957. He became a United States citizen while in the service.  He considered himself all American. He married Grace Bufardeci in 1957 at the Roman Catholic Church, Paterson, N.J. They celebrated their 62nd wedding anniversary on September 29, 2019.

After the military, he worked for a veterinary in Ridgewood, N.J.  Later he was employed by T & W Ice Cream Company, Bergen County.  While employed there, he earned a degree in Dairy Science at Rutgers University, N.J.  He won several Awards of Excellence from the National Ice Cream Retailers Association Inc. and was honored at a national convention in Atlantic City, NJ for formulas he developed for chocolate, strawberry and vanilla ice cream winning first place.

While visiting a friend in NE PA he fell in love with the area.  He had a dream of owning a farm so when he was offered a job to start up and manage Garden State Farms, Louden Hill, in Lemon, PA he did not hesitate.  In 1974 he, his wife and children moved to a small farm in Meshoppen.  After that, he worked at a variety of jobs before starting a veal barn operation on the farm. At the same time, he and his wife owned and operated their own business where they manufactured and sold a boiler heating system product.  Upon retirement, the farm was sold and a new home was built in Tunkhannock.

As an avid fisherman, many family vacations were enjoyed at Big Indian Camp in St. Albans, Maine, especially boating and fishing with his sons on Big Indian Lake while his wife and daughter spent time at the beach.  More recently, he liked to spend time at his camper at the Thousand Islands, Clayton, N.Y.  Watching the ships on the St. Lawrence River, visiting with "bench buddy" friends at the pavilion in Clayton, traveling to Canada and antique car shows. With his magnetic and witty personality, he made many friends where ever he went.  He was affectionately called 'the rabbi'.

Most of all, he loved his family very much and he cherished the time spent with them.

He was predeceased by his parents and his brother.

Funeral services for Sid will be held on Tuesday December 17th at 11:00 AM from the Pilgrim Holiness Church 135 W. Tioga St. Tunkhannock with Pastor Joel Byer and Reverend Perry Case presiding, interment will be following at Sunnyside Cemetery Tunkhannock. A viewing will be held on Monday evening from 6:00 PM to 8:00 PM at the Sheldon-Kukuchka Funeral Home, Inc. 73 West Tioga St. Tunkhannock, PA 18657 and from 10:00 AM till the time of the service at the Pilgrim Holiness Church Tuesday Morning.

In lieu of flowers donations may be made to the Endless Mountains Christian Academy, 135 west Tioga Street, Tunkhannock, PA, 18657.

To order memorial trees or send flowers to the family in memory of Sidney DeBoer, please visit our flower store.