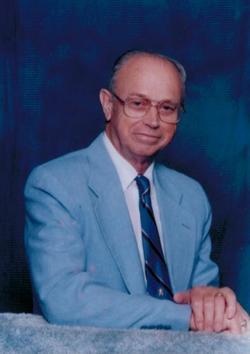 Stanley H. Cook, 85, of Monroe Township, Tunkhannock passed away Saturday February 8th surrounded by his children at Community Hospice in Scranton. He was the son of the late Stanley and Mary Louise Sickler Cook. He served in the US Army during the Korean War and was the owner and operator of Cooks Gas Station and Excavating, Bowman’s Creek, the Sears Catalog Store, Tunkhannock and was employed by Garrity Real Estate, Harvey’s Lake. Stanley was a member of the Irem Shriners and Free and Accepted Masons. Preceding him in death are his wife Irene Cook, a brother Frances Cook, and infant grandson, Neal Cook. Surviving are children, Sharon Corby and husband Kim, Gordon Cook and wife Melinda, Diana Patton and Husband Richard all of Monroe Township, Neal Cook and Wife Mendy Dymond-Cook of Fredricksburg, VA, Nancy Patton and Husband Lawrence and Douglas Cook all of Monroe Township; grandchildren Ryan and Cody Corby both of Monroe Township, Todd Cook of Noxen, Jason Goble of Dalton, Melissa Donlick of Kingston, Jenilee Nelson of Tobyhanna, Jaclyn Cook of St. Louis MO, Carlee Cook of Fredricksburg, VA and Jill Patton of Monroe Township and 8 great-grandchildren. A private funeral service will be held at the Sheldon-Kukuchka Funeral Home, 73 W. Tioga St., Tunkhannock and interment at Chapel Lawn Memorial Park, Dallas, PA. in lieu of flowers, donations may be made in Stanley’s name to Community Hospice, 746 Jefferson Ave., Scranton, PA 18510 or to Kunkle Fire and Ambulance, 3943 SR 309 Hwy, Dallas, PAS 18612. Online condolences may be sent to the family at www.sheldonkukuchkafuneralhome.com.
To order memorial trees or send flowers to the family in memory of Stanley H. Cook, please visit our flower store.