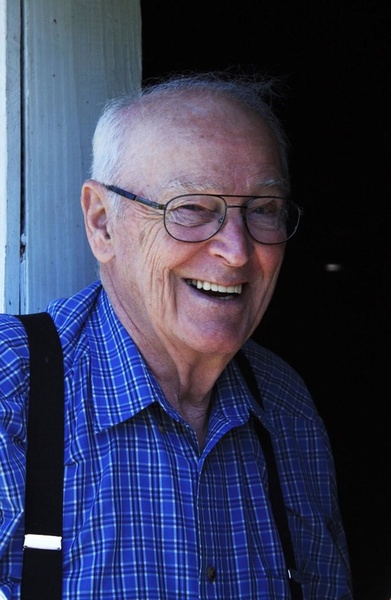 Stan was born on March 15, 1928 in Tunkhannock, son of the late William and Bethel Broadbent Lane. He proudly served in the US Army and was deployed to Korea. Stan was a graduate of Tunkhannock High School were played football which led him to be an avid sports fan later in life. He later worked at NEBA and then P&G until his retirement. Stan was a member of the Tunkhannock United Methodist Church, Riverside Community Park, Dennis Strong American Legion and the P&G retires group. He enjoyed the outdoors immensely, hiking, fishing, hunting and trapping. Almost every year he found time to go to Canada with family and friends.

Funeral services will be held on Friday October 20, 2017. at 11 am from the Sheldon-Kukuchka Funeral Home Inc., 73 W. Tioga St. Tunkhannock , Interment will be in Sunnyside Cemetery Tunkhannock. Friends may call at the funeral home on Thursday evening from 6 to 8. On live condolences may be sent to the family at www.sheldonkukuchkafuneralhome.com.

To order memorial trees or send flowers to the family in memory of Stanley B. Lane, please visit our flower store.