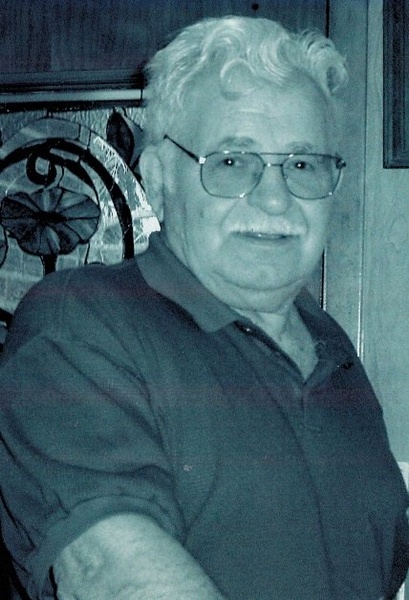 Steven Begin, 93 of Tunkhannock died Friday, September 8, 2017 in Geisinger Wyoming Valley. Born June 10, 1924, in Jessup, he was the son of the late Wasil and Mary Lishanich Begin. His family later moved to a farm in West Nicholson.

He and his late wife Esther (Kucenski) moved to Maryland where he worked at Bethlehem Steel. They later purchased a dairy farm in Lemon, where they raised their three daughters and taught them many of life’s lessons.

Steve enjoyed family gatherings, hunting and fishing with his grandsons, gardening, making wine from the fruit trees in his yard. He will be remembered by all for his infectious smile and kind heart. Steve and his wife, Esther were founding members of St. Paul’s Lutheran Church in Tunkhannock. Steve’s family would like to extend their gratitude to the staff at the Gardens of Tunkhannock for their loving care.

Preceding him in death besides his parents and wife; his sister Mary Petrini, brothers John, Mike, Nick and Basil.

He is survived by his daughters, Elaine Decker and her husband Jerry of Tunkhannock, their sons Jerry Jr. of Nicholson, Steve, his wife Karen and their daughter Claire of Robesonia; Kathy Goodwin, Beaumont, and her daughter, Sarah of Pittston; Dorothy Morrison and her husband Neville, Plantation, Florida and their children Lauren of Boyton, Beach, Florida. Steven, Wright-Patterson Air Force Base Dayton, Ohio and Emily, Plantation, Fla., and brother Paul West Nicholson, 11 nieces and nephews.

A memorial service will be held on Saturday, September 16, 2017 at 11 am from the Sheldon-Kukuchka Funeral Home, 73 W. Tioga St. with Pastor John Zimmerman. Interment will be in Sunnyside Cemetery. Friends may call at the funeral home from 9 am until the time of service.

To order memorial trees or send flowers to the family in memory of Steve Begin, please visit our flower store.