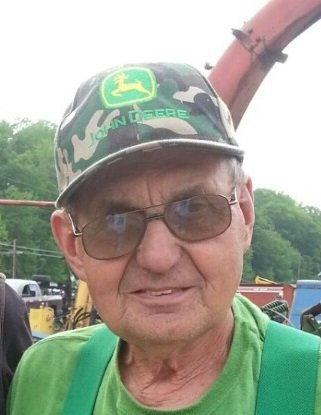 Terence D. Miner Terence “Terry” Miner of Tunkhannock died Tuesday in the Golden Living Center in Tunkhannock. He was born in Tunkhannock on June 4, 1940 son of the late Walter F. and Dorothy Wintermute Miner. Terry was a 1958 graduate of Tunkhannock High School and owned and operated Miner Farms in Tunkhannock .He was a member of the Eatonville United Methodist Church, Tunkhannock Moose Lodge #1276 and the Endless Mountains Antique Tractor Club. He enjoyed restoring John Deer Tractors and working with them on the farm. He enjoyed spending time at his cabin and boating on Cayuga Lake and fishing in Canada. And last but not least he enjoyed his daily coffee hour at his daughters. Surviving his is wife of 56 years Bonnie Krachanko Miner, daughters Debbie Shaw of Mehoopany, Cheryl and husband David Goble of Tunkhannock, sister and brother in law Diane and Wayne Short of Carthage, NC. Memorial services will be held on Saturday, April 4th at 4 pm from the Sheldon-Kukuchka funeral Home Inc., 73 W. Tioga St., Tunkhannock, with the Rev. Betty Reilly officiating. Friends may call at the funeral home from 2 pm until the time of service. Those wishing, my make memorial contributions to, the Eatonville United Methodist Church or to the Wyoming County Human Society. On line condolence may be sent to the family at www.sheldonkukuchkafuneralhome.com.
To order memorial trees or send flowers to the family in memory of Terence D. Miner, please visit our flower store.