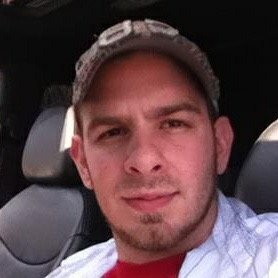 Timothy James Felker of Tunkhannock died suddenly at his home on May 28, 2018. Born on April 28, 1984 at Tyler Memorial Hospital in Tunkhannock PA, to the parents; Patricia Peters of Scranton and Robert Felker of Scott Township. Tim was a 2002 graduate of Tunkhannock High School.

His life was full of devotion for his precious daughter Julia Eve, who had her father’s heart in her tiny hand. He loved Mini Coopers, Jeeps, and Michigan Football. Tim loved his family. He had a special bond with his brothers: Justin, Rob and Bubba. He also shared a special relationship with his nieces and nephews. Tim brightened people’s lives with his laughter and his ability to bring happiness to everyone he knew. He enjoyed playing pool, bikes, camping, and fishing.

A Memorial Service will be held on Friday, June 1st at 6:00 PM from the Sheldon-Kukuchka Funeral Home, Inc. 73 West Tioga St. Tunkhannock, PA 18657. A gathering will be held on Friday from 4:00 PM until the time of the service. For directions and on line condolences please visit www.sheldonkukuchkafuneralhome.com.

To order memorial trees or send flowers to the family in memory of Timothy J. Felker, please visit our flower store.