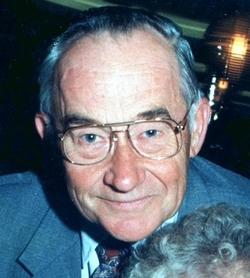 Virgil J. Colavitti, 84, of Tunkhannock died Sunday at Geisinger Wyoming Valley. He was born in Kenosha, Wisconsin on April 9, 1930, son of the late Oswald and Mary Krines Colavitti. He was an Air Force Veteran. Virgil retired from the Procter and Gamble Co. in 1995 after 43 years of service. He currently was working with South Central Engineering at the Mehoopany plant. He taught basic electrical training at Luzerne County Community College and Penn College in Williamsport and was a faithful member of the church of the Nativity BVM in Tunkhannock. All who knew Virgil spoke of his intelligence, kindness, willingness to serve, and dedication to his family. His humble beginnings in farming and working with his hands eventually brought him to Charmin and P&G, where he was instrumental in the successful operation and installation of many projects. He was a beloved mentor to many people at the Mehoopany plant, even up to the weeks before his death. At home, he loved gardening, tinkering in his shop, and traveling and spending time with his children and grandchildren. He was preceded in death by his wife, Phyllis A. Colavitti. He is survived by sons and daughters-in-law David and wife Erika, of Tunkhannock, Christopher and wife Lisa of Tunkhannock, and Dana and wife Jo, of Portland, Oregon; daughter and son-in-law Laurie Mace and husband Bill, of Tunkhannock, daughters Lisa and Amy, both of Tunkhannock. He is survived by grandchildren Jennifer Mace, Lindsay Swick, Javier and Eric Perez, and Matthew and Joseph Colavitti; great-grandchildren Kayla and James Gavek and David Braydon Perez. His surviving siblings are brother, Eugene Colavitti, of Appleton, Wisconsin, and sisters Rose Ault, Joan Schmidt and Kathy Colavitti, all of Green Bay, Wisconsin. Funeral services will be held on Thursday at 9:00 am from the Sheldon-Kukuchka Funeral Home Inc., 73 W. Tioga St., Tunkhannock, with Mass of Christian Burial at the Church of the Nativity BVM at 10 am. Interment will be in Sunnyside Cemetery, Tunkhannock. Friends may call at the funeral home on Wednesday evening from 6 to 8. Memorial contributions may be made to Nativity BVM, 99 E. Tioga St., Tunkhannock, PA. Online condolences may be sent to the family at www.sheldonkukuchkafuneralhome.com.
To order memorial trees or send flowers to the family in memory of Virgil J. Colavitti, please visit our flower store.