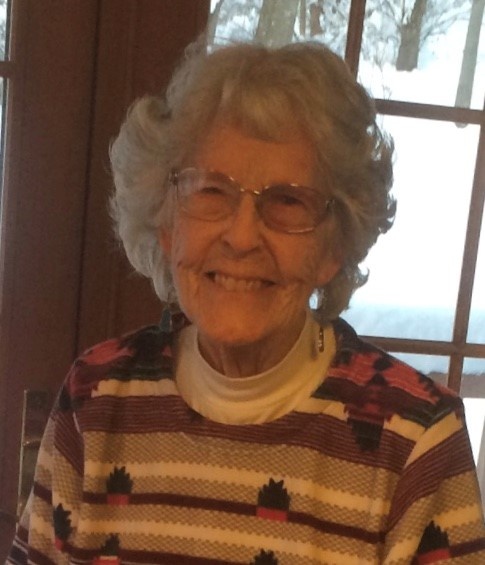 She was the former Virginia Steever. Originally from Willow Grove, PA. She moved to the area in 1966. She was married for 72 years to the love of her life, Harold (Hal) Hoff, who passed in 2013.

She was active in the Presbyterian Church in Horsham, PA. for many years, playing the organ and teaching preschoolers. She also taught piano for a while.

She was preceded in death by her parents, Walter and Sarah Steever, one brother, and three sisters.

Virginia led and amazing life, including riding a mule names Kickapoo down the Grand Canyon in 1982 and founding and running Stoney Mountain Campground with her husband and sons. She enjoyed playing guitar for the campers. She enjoyed many years in Arizona working at the Grapevine Ranch. After a few years she was ready to return to her home and family in PA.

Virginia was a lovely lady, and right up until the end enjoyed getting her hair done, dressing sharp, and don’t even think about taking her out without her lipstick on!

Services will be held privately at the convenience of the family.

To order memorial trees or send flowers to the family in memory of Virginia R. Hoff, please visit our flower store.