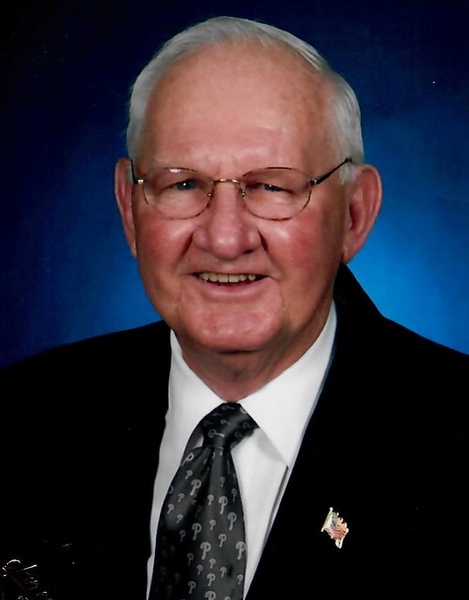 Walter J. Zola, 86, of Tunkhannock, passed away peacefully Tuesday afternoon, October 2, 2018 at Allied Services Hospice Center, surrounded by his family. He is survived by his loving wife of 60 years, Theresa Russell Zola.

He was employed by Pennsylvania Electric for 36 years, retiring in 1994.  Walter was a member of the Tunkhannock Triton Hose Company for 58 years and an active member of the American Legion where he held the position of Sergeant at Arms. After his retirement Walt was associated with the Sheldon Funeral Homes and Sheldon-Kukuchka Funeral Home, Inc. for over 18 years.

Walter will be fondly remembered as a loving husband and caring father, grandfather and great-grandfather.  He was a life-long Philadelphia Phillies fan and an avid overall sports enthusiast.  He enjoyed woodworking, spending time with all of his friends and supporting the community in which he and his wife lived for 59 years.

In addition to his parents, he was preceded in death by his brother Robert Zola.

Walter’s family wishes to extend their sincere thanks to the staff in the intensive care unit at CMC hospital and a heartfelt thanks to all of the staff and volunteers at Allied Services Hospice Center in Scranton, PA.

Family and friends are invited to attend Walter’s Mass of Christian Burial which will be held on Saturday, October 6th, at 1:00 PM from the Church of Nativity BVM, Tunkhannock, PA. To be celebrated by Rev. Patrick Albert. The family will receive friends at the church from 11:00 AM until the time of mass on Saturday. Interment with full military honors will follow at Pieta Cemetery, Tunkhannock. Arrangements and care entrusted to Sheldon-Kukuchka Funeral Home, Inc. 73 W. Tioga St. Tunkhannock, PA 18657. Please visit the funeral home website to share memories or extend condolences.

To order memorial trees or send flowers to the family in memory of Walter J. Zola, please visit our flower store.