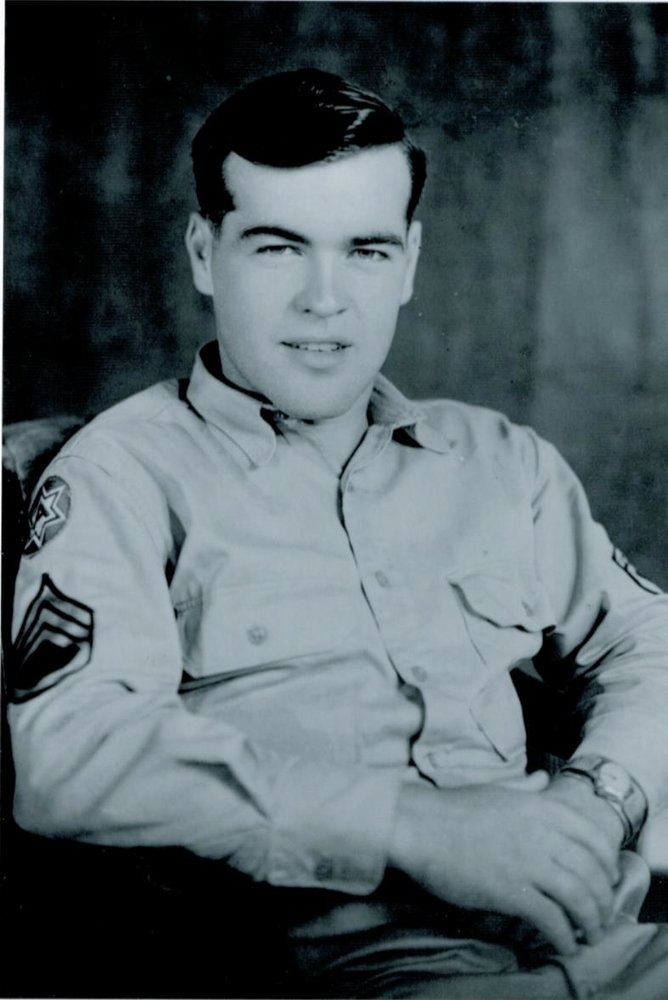 Life Legacy Warren R. Place 89, of Mehoopany died Thursday evening March 12th at the Golden Living Center in Tunkhannock. He is survived by his wife of 65 years Joan Ervin Place. He was born at the family home on May 24, 1925 son of the late William Oliver and Mary Pearl Smith Place. He was a graduate of Mehoopany High School, class of 1943. He was a veteran of the United States Army serving in WW II. He voluntarily enlisted on February 1, 1945 and attained the rank of Staff Sergeant serving with the 3142nd Ordinance Maintenance Company in the Philippine Islands and Japan. After returning home he ran a dairy farm for 25 years and later started his own excavating business. Warren helped build a cottage on Pike Lake, Ontario, Canada where he enjoyed many days of fishing. He was preceded in death by a daughter Gwendolyn J. Wiernusz, and sisters Alice Shoemaker and Dorothy Burgess. He is survived by son John and wife Cindy Place, of Greenville, South Carolina, daughters Vanessa and husband Rick Gowin, Mehoopany, Deb Place Mehoopany, sister Florence Kingston, of Tunkhannock, grandchildren Erin Wiernusz, of Tunkhannock, Kristina Place, Stephen Place, Jennifer and husband Bruce Mills, and great-grandson Mychael Place all of South Carolina. Funeral services will be held on Monday March 16th at 12 Noon from the Sheldon-Kukuchka Funeral Home, Inc. 73 West Tioga St. Tunkhannock, PA Interment will be in Vaugh Cemetery Mehoopany. A gathering of friends and family will be held Monday from 10:00 AM until the time of the service. Memorial donations may be made in Warren’s name to the Parkinson’s Disease Foundation at www.support.pdf.org or to the Wyoming County Cancer Society, PO Box 629, Tunkhannock, PA 18657.
To order memorial trees or send flowers to the family in memory of Warren Ray Place, please visit our flower store.