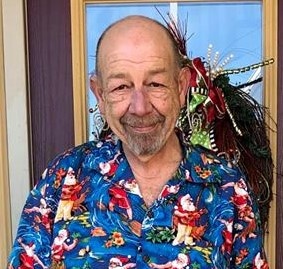 Born on September 3, 1955, he was the son of the late Herb and Joan Gordon Pohlman, and was also predeceased by his sister Bonnie Pohlman.

Wayne’s career in the furniture industry spans 45 years.  He began his career path as a woodturner apprenticed to the late Enrico Liberti at Chimney Corner Antiques in Baltimore at the age of 17.  Under Liberti’s tutelage, he learned the art of antique repair, restoration and refinishing, completing work for the Smithsonian, Walter’s Art Gallery and the Maryland Historical Society.  While working with top designers and decorators in the Washington D.C. area, he learned many modern finishing techniques.  During his tenure as manager for Lorraine Furniture Company, he collaborated on the design and building of the Lunar daybed, which won the Daphne Award at the Highpoint Furniture show.  For the last twenty years, Wayne had established and operated “Nick’s Furniture Service” in Mehoopany, restoring antiques, homes and the repair of sentimental pieces with skill and great care.  Restoration projects deemed impossible would often find their way to his shop-a cigar store Indian in need of a new arm, a Civil War surgeon’s table and an 1800 sea captain’s writing desk to name a few.  Wayne’s love of antiques and fine wood also led him to purchase and restore an historic home (150+ years).  The former funeral home is decorated lavishly with a variety of woods from a local sawmill.  He was twice invited and attended the prestigious Winterthur Institute in Delaware.

In addition to his wife he will be missed greatly by two sons, Wayne Jr. and wife Angela of N.C., and Nathan of T.N.; brother, Gordon and wife Jeane of V.A., beloved grandaughter, Elaina Pohlman of N.C., and many nieces and nephews.

He also will be missed by his valued colleagues, Barbara Honeywell and Kristina Wiggans, who helped to make Nick’s a company with a culture of collaboration and family.  Bringing Pete Lybolt and Dan Hanyon on board rounded out a talented team.

In lieu of flowers, donations can be made in Wayne’s name to St. Jude Children's Research Hospital, 501 St. Jude Place Memphis, TN 38105.

To order memorial trees or send flowers to the family in memory of Wayne Pohlman, please visit our flower store.