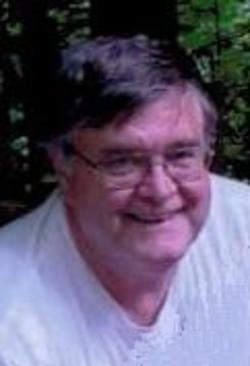 William David Ball, 63, of Tunkhannock passed away peacefully on January 5, 2013 at the Highlands Care Center in Laporte PA. Born on December 17, 1949, he was a son of the late Joseph William and Elizabeth Hamblin Ball. Bill was a graduate of Airline High School of Bossier City LA graduating in 1968 at which time he attended Devry Institute in Chicago IL obtaining an Associate’s Degree in Electrical Engineering. Upon completion, Bill served in the United States Navy from 1971-1975. He then returned to his home in Tunkhannock, working several jobs there including the then Decker Lumber Co as a delivery person. He and his wife Cindy met while Bill was working for the Unemployment Office in Tunkhannock and after their marriage working for the Department of Labor in Harrisburg PA. He continued his education, with a Bachelor’s degree in Computer Science at Penn State University, Dunmore Campus. After his graduation in 1981, he was employed by Commonwealth Telephone Company, and Alltel, until he took a transfer to Atlanta GA in 1993 where he completed his employment with AT&T after 34 years in the communication industry. Surviving are his wife of 34 years, the former Cindy Lee Felker, his daughter Maggie of Atlanta GA, and his son Alex at home; a sister Alice Ball of Tunkhannock PA and brother Joe and wife Linda of Boise ID, as well as numerous cousins, nieces, nephews and great nieces and nephews. Bill was also fortunate to have a special bond with his wife’s family. He will be greatly missed by his mother and father-in-law, Jacob and Margaret Felker of Tunkhannock and his brothers and sisters-in-law Bill and Bonnie Felker of Marion OH, Jeff and Michaelle Cox of Tunkhannock, Bob and Kathi Felker of Scott Township, and Chris and Brenda Mills of Tunkhannock. A memorial service will be held at 3 pm on Saturday, January 12th from the Sheldon-Kukuchka Funeral Home, Inc., 73 W. Tioga St. Tunkhannock, PA with Pastor Doug Mills of the Lovelton Community Bible Church presiding. Interment will be in Sunnyside Cemetery. Friends may call at the funeral home from 1 pm until the time of the service. In lieu of flowers, memorial contributions may be made in Bill’s name to the William D. Ball Memorial Fund, c/o Wyoming Co. School Employees Federal Credit Union, 130 Bridge St., Tunkhannock, PA 18657. Online condolences may be sent to the family at www.sheldonkukuchkafuneralhome.com.
To order memorial trees or send flowers to the family in memory of William David Ball, please visit our flower store.