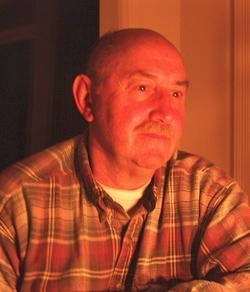 William A. Rodgers of Button Road, Springville, PA died Monday in the Endless Mountains Health System in Montrose, PA. He was born in Norfolk, VA. Son of the late William and Arlis Smith Rodgers. William was a 1958 graduate of Elizabeth High School in Elizabeth, NJ and he received a Bachelors degree from Kings Point College in 1962. After graduating from Kings Point, William sailed with the Navy and Merchant Marines until meeting his future wife, Diane. Prior to his retirement, he worked for 25 years with CIGNA Insurance in the Marine Insurance Division and later with Fireman’s Fund. Surviving William is his wife of 45 years, Diane Byrnes Rodgers, his daughter Nancy and her husband Jeff Veiss of Erie, Colorado and his son Michael Rodgers of New York, New York. Also surviving him are his sisters Judy DeSanto of Albrightsville, PA. and Patricia Wolek of Lebanon, NJ. A memorial service will be held on Friday, May 24th at 4 PM at the Sheldon-Kukuchka Funeral Home Inc. 73 W. Tioga St. Tunkhannock with Pastor Peter Geschwindner of the Tunkhannock United Methodist Church. Friends may call at the funeral home from 2 pm until the time of service. Those wishing to make memorial contributions may donate to the American Diabetes Association at www.diabetes.org. On line condolences may be sent to the family at www.sheldonkukuchkafuneralhome.com
To order memorial trees or send flowers to the family in memory of William A. Rodgers, please visit our flower store.