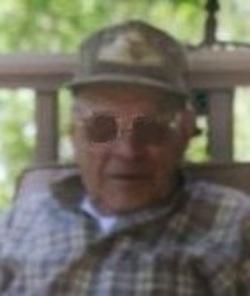 William J. Shiffer, 91, of Tunkhannock, died Sunday, July 27th at Geisinger Wyoming Valley Medical Center. Born September 6, 1922 he was the son of the late William J. and Virginia Cook Shiffer Sr. Prior to his retirement he worked for Price Pipeline. He also owned and operated Shiffer’s Shoe Store and was a bus contractor for Tunkhannock Area School District. William was a member of the Triton Hose Company, Tunkhannock Ambulance Association, and the National Rifle Association. During WWII he served in the U.S. Navy as a 3rd Class Gunner’s mate aboard the USS Carter Braxton. He was awarded the Bronze Star and Good Conduct Ribbon during his military service. William was an avid gardener, hunter, fisherman and all around outdoorsman. Preceding him in death, in addition to his parents, were his sisters: Lillian McKennas and Alice Vogrin and brothers: James and Edward. He is survived by his wife of 68 years, Altheda; and son Larry and wife Sherry Shiffer of Tunkhannock, brother Glenn Shiffer and sisters: Jean Mislevy, Betty Fargo, Doris Solanick all of Tunkhannock, and Jessie Barber of Mehoopany, grandson Caleb and wife Courtney and granddaughter Cassandra all of Virginia: great-grandsons Cole Shiffer and Cooper Keyes. Funeral services will be held at 11 am on Thursday July 31st from the Sheldon-Kukuchka Funeral Home, 73 W. Tioga St., Tunkhannock with Pastor Kurt Bricker of the Eaton Baptist Church. Family and friends may call at the funeral home Wednesday evening from 6 – 8 pm. Memorial contributions may be made in William’s name to the Triton Hose Co, PO Box 765, Tunkhannock, PA 18657 or to the NRA, PO Box 420648, Palm Coast, FL 32142-0648 or by visiting www.nra.org. Online condolences may be sent to the family at www.sheldonkukuchkafuneralhome.com.
To order memorial trees or send flowers to the family in memory of William J. Shiffer, please visit our flower store.